A rare picture of Achkout dates back to 1942 showing the Church of Saint John the Baptist (Mar Youhanna Church) next to the monastery of St. Peter and Paul (Mar Boutros and Boulos Convent) as shown in the summer residence of the Maronite order. 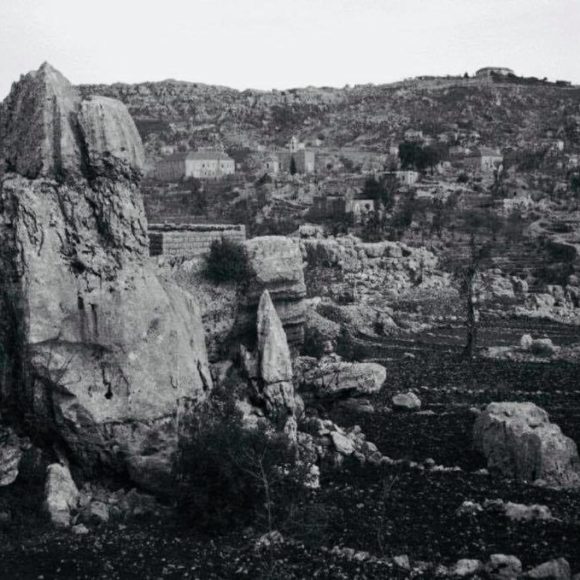 St. John the Baptist Cathedral (Mar Youhanna Cathedral) is located in the heart of the town next to the old church dating back to 1798.
Built in 1971 with an area of 800 square meters. It can accommodate more than 800 people. It has a dome of twenty-seven meters, with three electric bells inside of the Cathedral, topped by a five-meter cross that was placed on its summit on the day of the Cross on September 14, 1984.
However, the image of St. John the Baptist (Saint Youhanna Al Maamadan) is made of mosaics lined up and was hanged on a wall by an Italian engineer who came specifically to Lebanon for this task.
The building consists of three floors: a basement for the tombs, a ground floor of a large hall for religious and social events, next to the offices for the parishioners in addition to the church on the top floor. 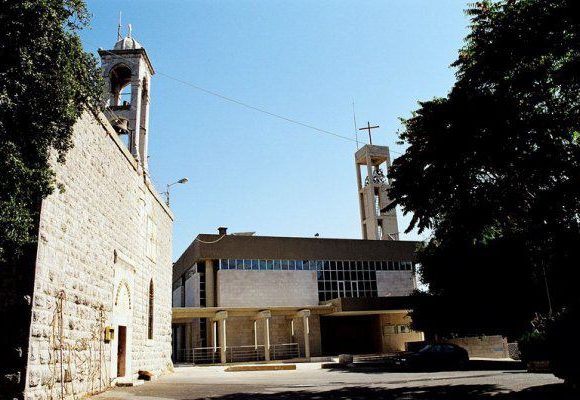 Church of the Lady of Salvation in the neighborhood of Beit Eid – Achkout
It was built by the neighborhood in 1898. With the increase of the population, the citizens demolished it and built a new larger church in the mid-sixties of the last century.
It can accommodate more than 250 believers and in 1985 its bell dome was installed.
In 2000, large salons and new landfills were built in parallel.
The church celebrates the birth of the Virgin Mary on September 8 every year where celebrations and festivals are organized by the parishioners. 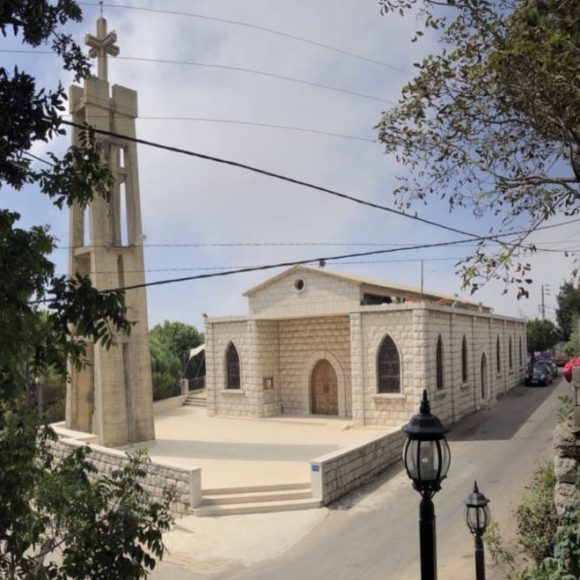 Church of St. Gregory (Jwar Bwachek – Achkout)
In order to commemorate the memory of Mr. Garios Hanna Karam Abi Rizk, who died in the First World War, his late brother Gerge Abi Rizk decided to turn his house into a church named after St. Gregory and took the position of a patron in 1918.
However, the painting of St. Gregory was taken from the monastery of Lady bzoumar of the Catholic Armenians.
In the late 1960s, when the parishioners’ number began to grow, the church was expanded to its present state, where it accommodates more than 150 people. In 1998, it also started the construction of salons and tombs near the church. The parish celebrates its patron saint in mid-August, the first Sunday after the Assumption of the Virgin Mary (the feast). 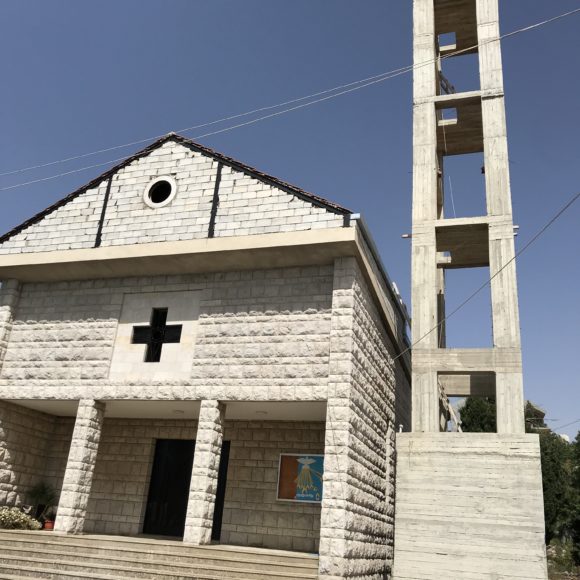 Church of St. Rita – ( Beit Eid – Achkout)
The church dates back to 1985, when Miss Georgette Boulos Fahed dreamed that St. Rita had asked her to convert her grandfather's house to a temple.
With the efforts of the family and believers, the church was dedicated to the name of St. Rita, under the patronage of Patriarch Habib Basha. After his death, its administration was handled by the Monastery of Lady Bzoumar of the Armenian Catholics.
The Church is considered a "pilgrimage" for believers around the world, where a large number of healing are registered in the church record.
The dates of the Masses are held every Saturday at 7 pm throughout the summer starting on 21 May.
Next to the church, a chapel is located for St. Charbel and a shrine for St. Allian. 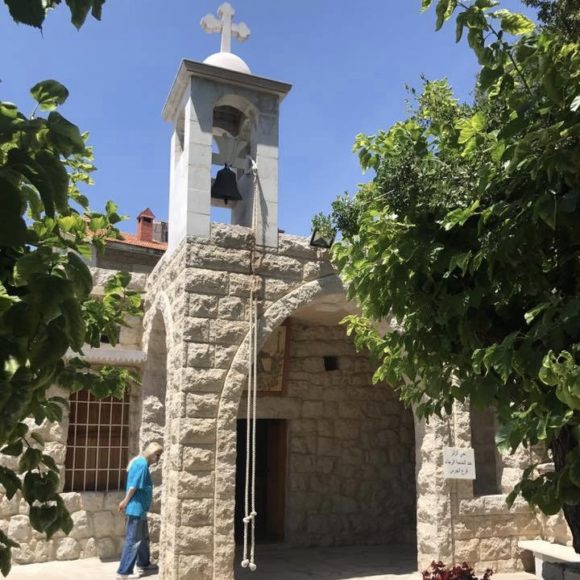 This church was built around 126 years ago by the late Mansour Hanna Moussa and his cousin, the late Hanna Khalil El Chidiac. The idea of building the church originated when Mansour was in a village funeral and heard the residents wondering how they would carry their father after his death from the mountain to the church of the town (St. John – Mar Youhanna).
He then began to build this temple and during that period his father died. He therefore put him in a coffin in the mountain and prayed on him waiting for the church’s construction to be finished. He held a funeral for his dad and told the attendees: "I won’t let you carry (a coffin) for more than 50 meters”. And the name of St. Joseph was taken as a patron of the Church taking into consideration his late uncle Youssef Moussa.
In the tombs of this church lies the sons of the Moussa Family. 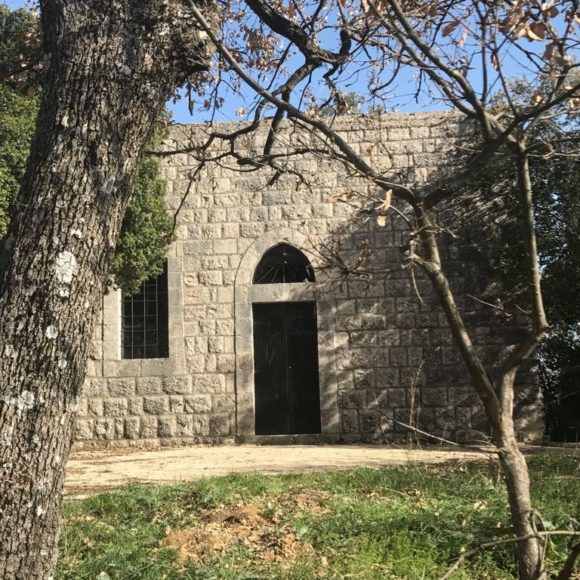 Al Keshk Castle: is a beautiful natural rock that includes pathways and an inner space. It is one of the unique natural monuments. The municipal claimed it with its surrounded lands to create a public garden. 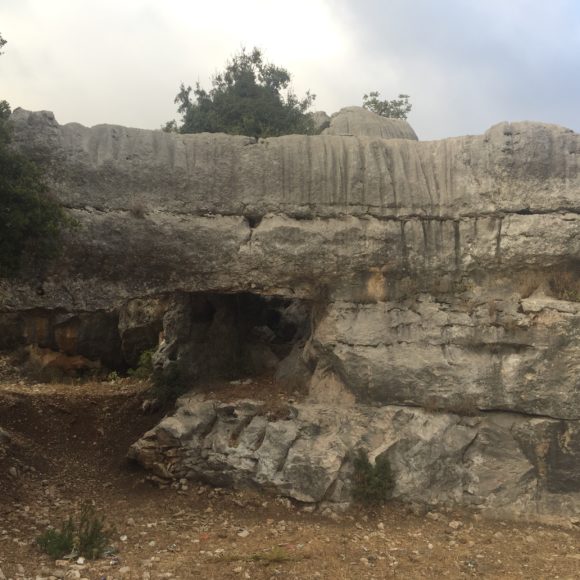 Iskandar Rizk public School was inaugurated in 2007 and is located on Achkout roundabout. It accommodates more than 600 students from the primary stage to the supplementary stage and includes a lab, a library, a theater and sports fields. 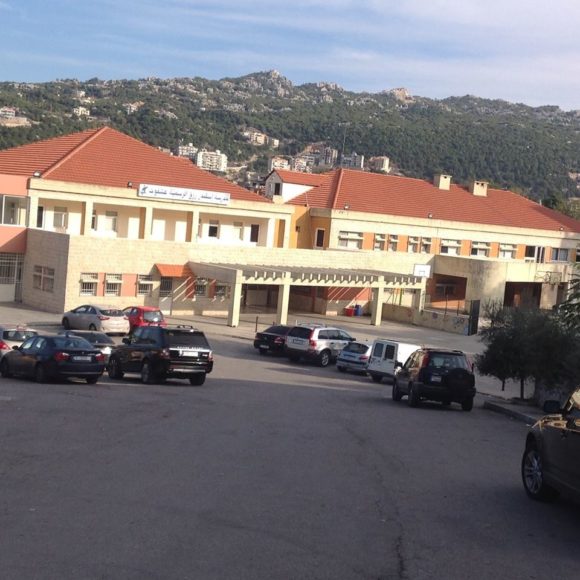 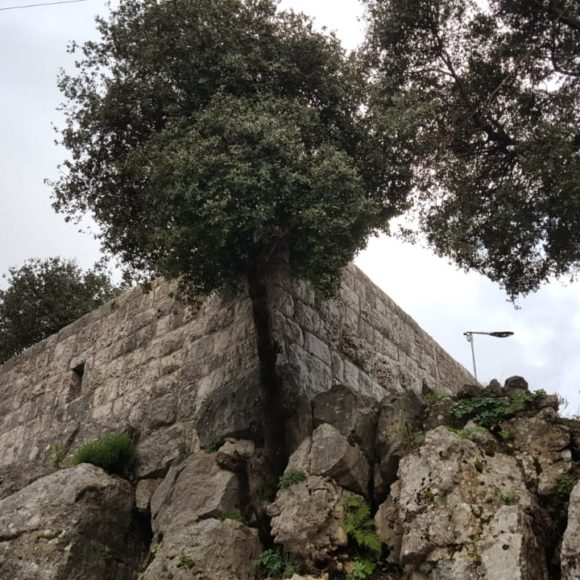